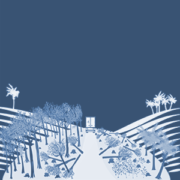 In partnership with the Rainforest Foundation Norway, this report reviews the threat to tropical forests from continued expansion of mandates for palm- and soy-oil based biofuels.

Fatty acid methyl ester (FAME), or biodiesel as it is more commonly known, is a diesel substitute produced by reacting methanol with vegetable oil, and is the second most widely used bio-additive in America fuels (behind ethanol added to gasoline). As shown in Figure 1, U.S. biodiesel consumption has increased more than a hundredfold since […]