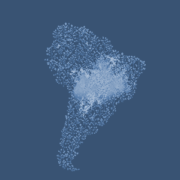 In its assessment of which biofuel feedstocks should be considered ‘high ILUC-risk’, the European Commission found that soy oil was associated with second highest deforestation risk of the biofuel feedstocks considered, but that the level of deforestation identified fell below the threshold for high ILUC-risk designation. This study for Transport and Environment reviews the relationship […]